END_OF_DOCUMENT_TOKEN_TO_BE_REPLACED

Malfa, the crossroads of Salina, is in the center of the island and it is home of the island’s most producers of Malvasia and Capers. During the season they give tourists the opportunity to visit their cellars and taste the typical Aeolian products.

Here you can not miss Punta Scario beach , a charming pebble beach accessible only by a stone path along a rocky ridge overlooking the sea, simply BEAUTIFUL! During the high season a kiosk  is open by the beach. 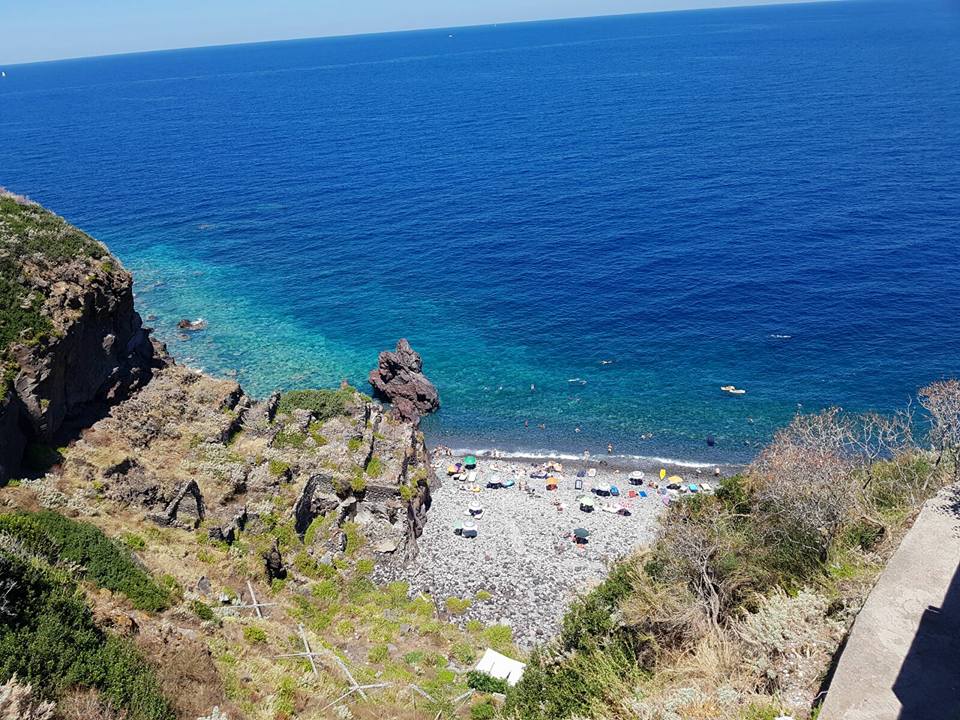 Hamlet of Malfa, famous for well known movie “THE POSTMAN”, Pollara is an ancient crater, now turned into a scenic amphitheater in which lies this small village. To get an overview of the scenario offered by the sunset, we advise you to stop at “Semaforo”, halfway between Malfa and Pollara. Many of the products used to cook are in fact grown here.

If you feel energetic, the day is suitable for walks and trekking.Past the town of Malfa, heading west, the highway branches off into 2 directions: follow thr signs to Valdichiesa. Going up you will notice how nature perfumes becomes more intense and how the sharp air coming from the mountains makes the temperature cooler. 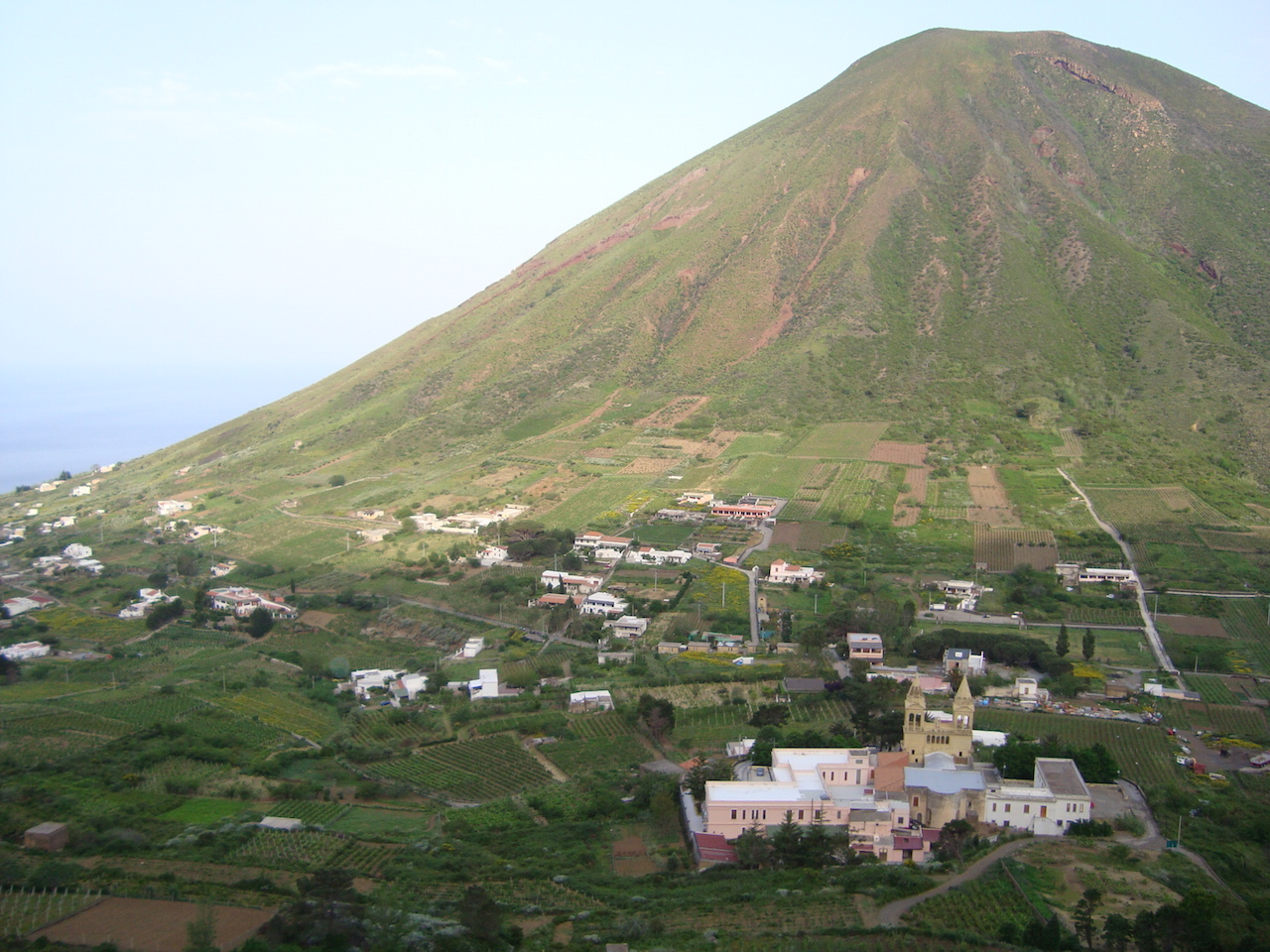 Valdichiesa is a hamlet of Leni, nestled in the valley that separates the two volcanoes of Salina.Here there is the Sanctuary of the Madonna del Terzito , behind which starts main track to the summit of “Monte Fossa delle Felci”.The mountain excursion lasts approximately 4 hours.

Going down to the south of the island, passing through Leni and various turns you arrive at Rinella hamlet, second port of the island. Here you can visit the little fishermen harbour with its unique and characteristic sandy beach. To conclude this day sport you should enjoy another spectacular sunset while having a swim at the beautiful Pravenezia beach, which you can reach by a short walk of 10 minutes.

Lingua, a hamlet just 3 miles from Santa Marina is a must for all island’s visitors. Located along the east side of the island it is the ideal place for a swim in the morning. Walking through the village and through Aeolian typical houses, you will see the “Laghetto di Lingua”, a lagoon from where salt was once extracted. The lake is an ideal stop for some migratory birds during spring and autumn. 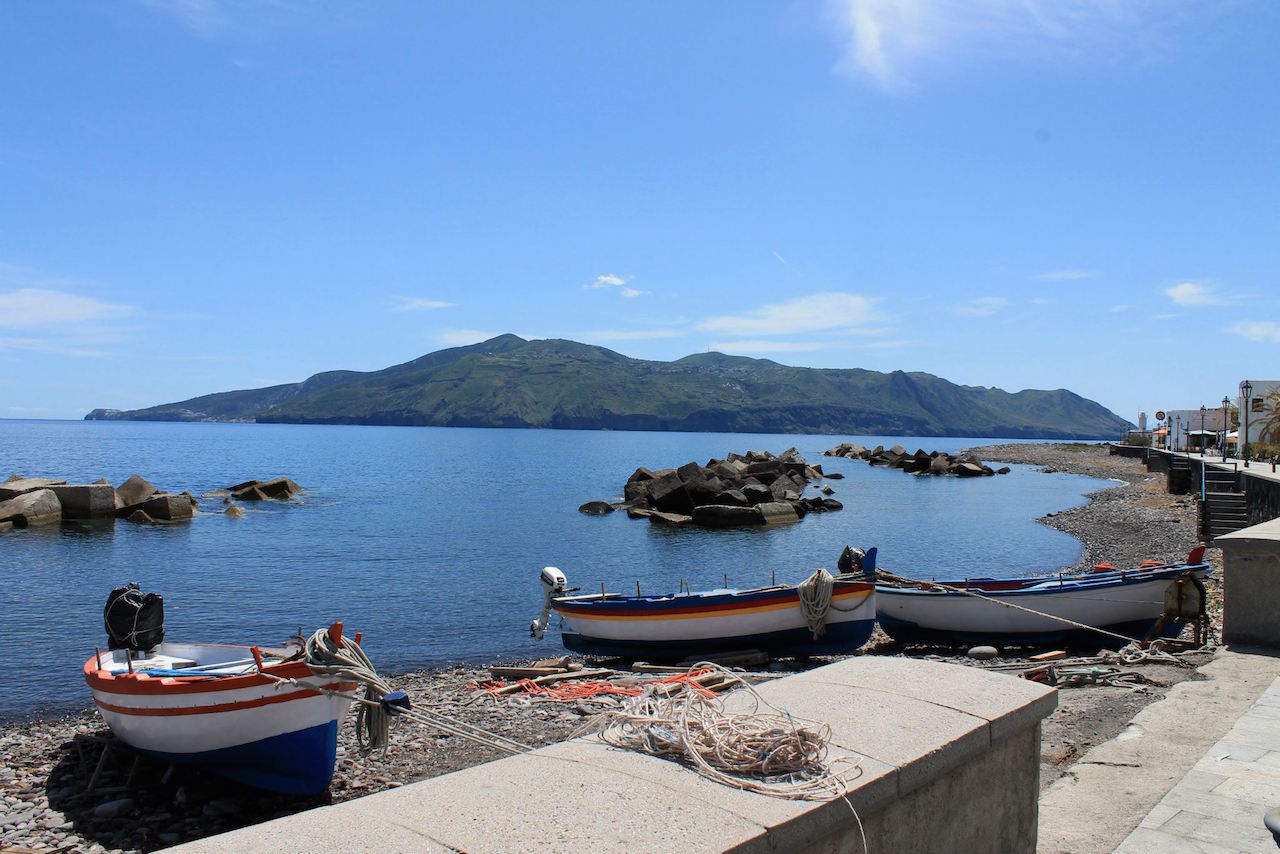 Lingua is now also famous for its “Granite” and the “Pane cunzato” proposed “Da Alfredo”.You can not leave Salina without trying these 2 dishes. Recommended at this point is a walk to reach Santa Marina.

The island’s main port, Santa Marina is bisected by the main street. Via Risorgimento, lined by gorgeous Aeolian houses, boutiques and shops, is a must for shopping. Only if you are still fit, it is worth visiting the archaeological site of Portella.

Huts found evidence of the Middle Bronze Age settlements. The site, also known for the wonderful views it offers, is up a steep staircase, halfway between Santa Marina and the village of Capo Faro.If you are traveling by bus, you can ask the driver to show you the site.

Besides the beaches mentioned above, Salina offers beautiful bays accessible only by sea.For this reason an island boat tour is highly recommended.You can choose to join an organized tour or hire a boat yourself.You can leave from all island’s ports, including Malfa.

Starting from Malfa, at the “Scalo Galera”, it generally continues towards west.You can see straight away the volcanic origins of island admiring the coast and the cliffs overlooking the sea. The first bay you come to is Punta Scario, here the coast becomes wilder to “Punta Perciato”, a large and impressive natural arch created by the force of wind and sea in the promontory. 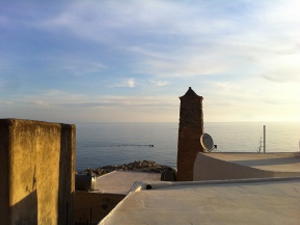 Leaving behind the Perciato you enter the enchanting bay of Pollara, an ancient crater, now partially collapsed into the sea. On the left, “Le Balate”, a rocky area along the coast that can also be reached by land, in front you see Pollara’s beach which is no longer accessible and one the right you will see “The Faraglione”, a rock about 35 m high at the center of the Bay, emerged from the ancient eruption of the old crater.

Continuing south you will find the very steep“Fili di Branda”, to reach later “La Praiola”.Past the “Racina’s cave”, “Punta Marcello” and“Punta Megna”, you will arrive at Rinella.The coast here is regular until “Il Vallone del Lupo” and the “Scogliazzo”, a piece of rock broke off from the mountain ended up in the sea.You will now see“Punta Lingua” and coast the beach until Santa Marina. Here lies Punta Barone beach with a rugged and low cost, which soon becomes rocky from Capo Faro, with its “Torricella” to “Scalo Galera” again.